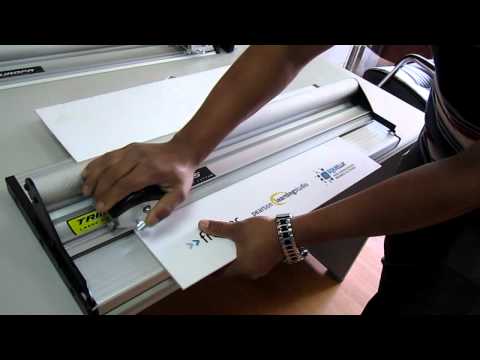 Serious Question - US Trader - (not me, a friend) deposited 15k into forex.com MT4 account 18 mos ago now has $3MM (I've been with him the whole way, it is 100% real) and they will only let him withdrawal initial 15k - is this true and why would this be the case. Thank you.

I'm doing a tribute to the 24 days of Christmas by going over the financial statements of 24 companies that are considered downrange, speculative, and just plain high risk.
The legal cannabis industry already has a ton of risk in it - but this stuff - is only for thrill seekers. All opinions are my own, and certainly not a recommendation for or against any of them, or to buy or sell.
I've limited myself to 45mins to each, and kept to most recent financial statements . You'll likely know more about the company than me if you're following them. This is only my reactions with a brief commentary about what I see in their latest financial statements.
I haven't been consistent in following them all over the past year: some I have, others not.
 Ah, it's that time of the year again.
The smell of chestnuts roasting....the sights of snack tables filled with shortbread & egg nog....of lights and decorations and presents....and that time when the elves revisit the route on their 2017 Dive Bar Pub Crawl.
Some of the share prices have been up and down faster than a toddler's mood. Let's take a look, and see who has been 'naughty' or 'nice'.
MPX - MPX Bioceutical
Price then: $0.40 - Price Now: $0.87
Recently, I toured their Nevada facility, and wrote their financials up here, and you can find the grow op writeup here. Gonna cheat a little this year, and refer to that.
KALY - Kalytera Therapeutics, Inc.
Price then: $0.29 - Price Now: $0.065
Ugh. Just ugh. As I said last year, pharma is outside of my wheelhouse, as does financials related to them. Anyhow, I still think the financials suck.
GLH - Golden Leaf Holdings
Price then: $0.28 - Price Now: $0.13
While searching for a reason for the merger cancellation, I came across a Terra Tech comedy sketch. Sadly, there is not even a mention of the merger 'oopsy' on their website. Seriously, if space becomes available in the Crawl, Terra Tech is first in line.
As for GLH....well....caveat your fucking emptor. Eye bleach is/was too gentle a term for this outfit's fins.
THC Biomed
Price then: $0.80 - Price Now: $0.32
Through disclosure, we know that they pay $25 an hour, a $500 xmas bonus, and 250,000 stock options. Which is pretty good. Qualification is that you have to be a close family member of the CEO, and buy $1,400 in product.
Well, there's many different fish in the sea. But I do suspect that this isn't a fish, it's just a sea slug.
EAT (Nutritional High)
Price then: $0.22 - Price Now: $0.18
Ok. They have stuff littered everywhere, and it doesn't look like any of it is worth anything. Oh, wait, that's what I said last year.
Realistically, to get a good handle on this thing, one would need an Act of God. I waited for a little while, but it didn't happen. On to.....
RVV - Revive Therapeutics
Price then: $0.30 - Price Now: $0.09
Heavy in options, some design around clinical trials. Nothing much else stands out. Again, pharma and value hunting in research ain't something I know much about. The entire assumption in here is that they'll actually put out someday, or get taken out by a larger fish (hopefully for more than the $10MM they've dumped into it). Anyone investing in stuff this downrange, better have your scope sighted in.
Or perhaps you know that the FDA's granting of orphan drug status for CBD in the prevention of ischemia and reperfusion injury resulting from solid organ transplantation is just the shot in the arm this company needed. If you do, please keep it to yourself.

I'm doing a tribute to the 24 days of Christmas by going over the financial statements of 24 companies that are considered downrange, speculative, and just plain high risk.
Our first six stops is fondly captured here.
All opinions are my own, and certainly not a recommendation for or against any of them, or to buy or sell.
Many are companies I've never looked at before. In some cases, I'd never even heard of them. I limited myself to 45mins to each, and kept mainly to most recent financial statements and MD&A's. You'll likely know more about the company than me if you're following them. This is only my reactions with a brief commentary about what I saw in the financial statements.
LDS - Lifestyle Delivery Systems
Thing feels a like an ATM for management to me.
RTI - Radient Technologies
Of all I’ve looked at, I think this business model could work if they can wait until it actually generates revenue. Top heavy balance sheet needs concrete supports quick.
TNY - Tinley Beverage Company
All sparkles and rainbows and hope. The only question is if there will be anyone who wants to buy what they make. Feedstock not well defined. Scalability a real concern. Suspect they’ll need a shit ton of money if they actually try to. Feels like campers.
EDIT - Dec21 1100hrs Elves pulled a boner, covered wrong financial statements. Will be corrected after they come to later today. Replaced for now by......
iAn - Ianthus Capital Holdings
A business built on excel spreadsheets by bankers for bankers. So many contingencies to revenue combined with jurisdictional uncertainty, this is simply a hedge fund. Short and mid-term operational exposure is extreme.
CHV - Canada House Wellness Group Inc
I’m going to stop, because there’s many more to go, and there’s not much more to see here in terms of doing a high level look. This has been my favorite to do so far, because their disclosure is so good. I really like the idea of a focused, vertically integrated company too, but this company is a train wreck on paper. Whether this one can survive for another year…. EDIT UPDATE! Day after I posted this, CHV announced a $7MM convertible raise, spending 25% of it on paying debt and accounts payable. Expensive, and suggests ops aren't paying the bills. Not atypical in growth phases. Exceptionally good disclosure though. Of note, 60% of the stock is owned by only 2 investors and insiders.
LIB - Liberty Leaf Holdings
Doesn’t look bad on paper. I’d gauge the risk on whether or not production can come in on time, what the facility actually looks like, and if they can get product sold mucho pronto. CEO has no history of anything connected to cannabis, only equity structures. Despite financial ‘health’, high risk Dive Bar goodness. Speculative is an understatement for this one. If IR can specifically address those three top things accurately, it offers focused regional cannabis exposure. Problem with that is the supply bubble potential in BC though. If they were in Manitoba….

I'm doing a tribute to the 24 days of Christmas by going over the financial statements of 24 companies that are considered downrange, speculative, and just plain high risk.
Our first six stops is fondly captured here, the second one is here, and the third set is here.
All opinions are my own, and certainly not a recommendation for or against any of them, or to buy or sell.
Many are companies I've never looked at before. In some cases, I'd never even heard of them. I limited myself to 45mins to each, and kept mainly to most recent financial statements and MD&A's. You'll likely know more about the company than me if you're following them. This is only my reactions with a brief commentary about what I saw in the financial statements.
IN - Inmed Pharmacuetical
Boring. Financials look relatively clean. Risk centres on whether their potential treatment for glaucoma is better than existing therapies. If you know any specializing clinical ophthalmologists, I’d ask them. Rare disease drugs usually are chasing high cost drugs paid for by public systems. Again, pharma isn’t my wheelhouse. But I have a high investor interest in the end use THC and CBD. Because I’m a commodity guy, that’s why.
TGIF - Friday Night Inc.
Blech to branding. If it was a car, it’d have flames painted on the sides and a naked chick shaped air freshener. Hard to pin the back story, there is one. Earnings are there, assets getting picked up, including land for expansion or grow. Diversifying a little, doesn’t look like they’re focusing on much but core business. Business risk is in competitive environment in Nevada and customer retention important - might be a gazillion of them there soon. I ran out of time trying to get my head around their story, store location(s) should reveal target market. Relatively straightforward financials, revenues will need to increase to support market cap and internal hurdle rate. Potential to move up a weight class with solid growth in earnings.
ICC International Cannabis Corp
Financial statements that report on operations in multiple jurisdictions are complex relative to a single one. ICC have assets, permits, but few sales to report. Logistics and movement of psychoactive substances across borders is not simple either. If one is looking to invest in something like this, best to have a really good handle on where the outfit is at, and how well it can execute. Way beyond the purposes of this crawl. All I can say has been said.
MGW - Maple Leaf Green World
Current cash won’t support all the hopes and dreams, will need alot more. Needs to monetize any production asap. Fair amount of shares out there. Will probably be back to markets/private placement shortly. Threat is that it’s late to the party. If they’re real and execute with precision, could be really something. That’s a definite positive. Too many in this space step over dollars to pick up nickels, this one looks austerely managed. Needs license pronto.
VGW - Valens GroWorks
Pretty ‘family’ in nature through related payments and all. Looks fallow at the moment awaiting license upgrades. Not a very professional feel, looks splatter gun. Also looks to be getting there, but can't get a feel about ops. Still raising money. Potential, but could be hamstrung by lack of capacity. Throughput revenue on extraction would be sexy, but unknowns abound about capacity and planned operating end state.
TRTC - TerraTech Corporation
Execution looks good in-stores. I know nothing else. Consider this one like a Christmas gift you have to assemble.
That’s it. The elves are gassed again, and are looking for the rum I hid after their last fiasco. I'm thinking about giving it back to them, they've been filling shot glasses with the liquids left in the drink mats on the bar.
I am grateful to have gotten this last one out of them. I attached several that were left out and reasons below - just to ensure you get all the Dive Bar goodies that are in the finger bowl.
There isn’t much salt left on the peanuts though, the elves had licked it off before putting them back.
Merry Christmas from us here. We might post a naughty and nice list out of the 24 looked at if the elves are willing.